A frequently asked question is: is organic agriculture capable of feeding the entire growing world population? My answer is a resounding yes, and even more than that. Organic farming can also sustain biodiversity, restore degraded ecosystems and ensure that children as well as adults take in pesticide residues to a much lesser extent. Moreover, the thin layer of earth enabling us to grow food is better protected against erosion, and thus better left to future generations than the eroded condition by which large areas are currently effected. Research of farmland in Flanders show that the erosion risk in recent decades has increased by 22%. (Vilt, 2005). According to the United Nations 25% of agricultural land in the world is highly degraded. Because of this, the total agricultural yields are 5% lower. (Vilt, News, 2013) (FAO, 2011)

According to a meta-analysis by the University of Newcastle of 343 peer-reviewed publications, organic grain, fruits and vegetables contain 19% – 69% more of the important antioxidants than non-organic crops and 48% lower concentrations of the toxic heavy metal cadmium. When eating organic food, on average, one needs to eat 20% – 40% less to level the amount of important nutrients and antioxidants present in non-organic food. This reduces the intake of calories. (Baranski & al., 2014).  We generally already take in too much calories.

According to a recent study by McKinsey, there are 2.1 billion overweight and obese people worldwide, accounting for 30% of the world population. This study also mentions a Chinese study showing that people that are daily working in a city can do with 300 to 400 calories less and people who go to work by car or by bus can do without an additional 200 calories. This sums up to 500 to 600 calories, or about 25% of the 2,500 daily recommended calories for men and as much as 40% of the 2,000 daily recommended calories for women. (McKinsey, 2014)

Furthermore, on a worldwide level, 30% to 40% of all the food is wasted by various causes.

If we take all of this into consideration, we might try a simple calculation to determine whether organic farming could feed the world, even in case of an 25% increase of the world population in 35 years from now, while the yield per hectare in organic agriculture will be 9% – 19% (Ponisio, M’Gonigle, Mace, Palomino, Valpine, & Kremen, 2014) lower than non-organic farming (see table below). 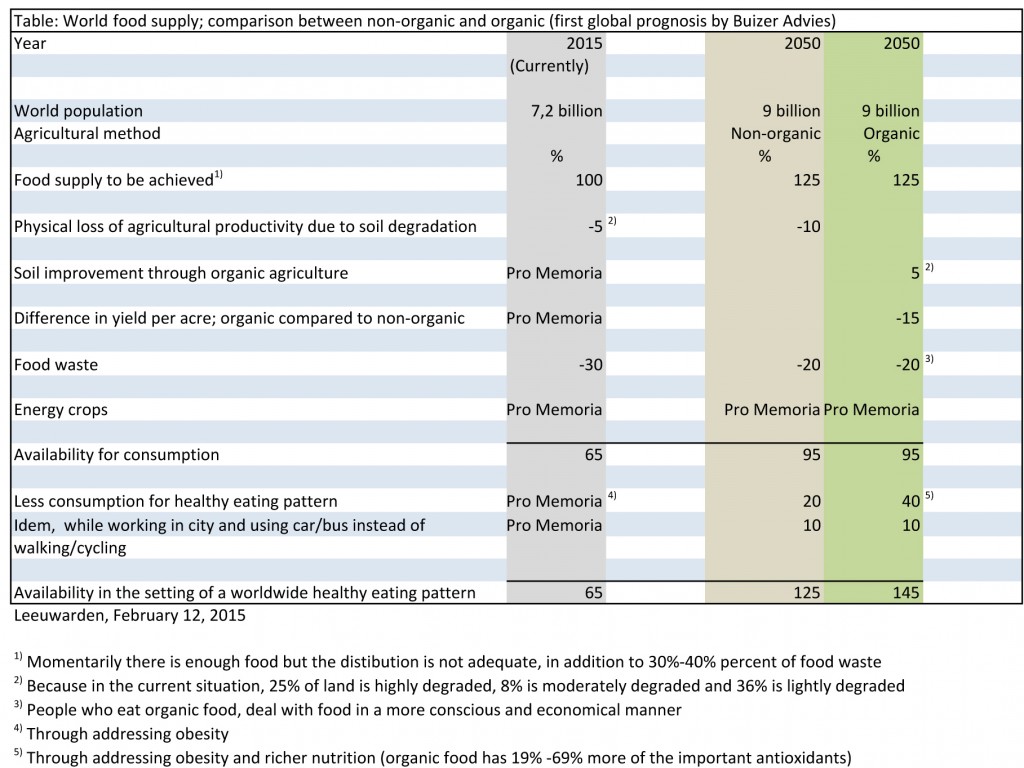 I do not expect the world population to grow as hard, because environmental pollution and pesticide residues in food and drinking water of the past decades and the present will take their toll. The now older generation grew up in a relatively clean environment and with more nourishing foods (less pastas among other things). In my view, the population curve could go down slightly within 10-20 years. That is, if we continue on the same basis.

No persistent toxic chemicals leak in surface, ground and drinking water through organic agriculture. Also, rainwater is better utilized. So more clean water, which today is increasingly scarce, becomes available. Organic farming also merits the environment in another way , because it fixes great amounts of carbon into the soil, through the necessary organic fertilization. Admittedly, CO2 is also released, for example by the worms who do their very best to adapt the land to sustain optimum crop growth and a perfectly healthy product.

Furthermore, through means of the organic production method, energy guzzling and polluting artificial fertilizer factories including their transports and chemical pesticides are omitted. In fact, artificial fertilizer and chemical pesticides are not allowed in the organic production method. We work with the natural processes and cycles as much as possible and the soil is central. Certainly this year, because 2015 is the International Year of Soils.

The organic acreage has increased worldwide and is spread over 170 countries. Consumers increasingly appreciate organic farming. They consciously choose organic food. Consumer demand has been increasing worldwide for the last 3 consecutive years with 6% per year, despite the financial crisis prevailing since 2008. The United States is the largest market. In 2013, moreover, the growth there was as much as 11.5%. (Willer & Arbenz, 2015)

Organic farming also continuously receives more political support and assistance. Illustrative of this were the speeches and tweets of, among others, Secretary Sharon Dijksma of the Ministry of Economic Affairs and European Agriculture Commissioner, Phil Hogan, at the first day of BioFach in Nuremberg, February 11, 2015. The same morning, from the latter, IFOAM noted in a tweet  the following statement Hogan made in his latest speech: “It’s my goal for organic to become a leader and driver for EU exports” and moments later: “Organic is one of our star performers.” And this from a European agricultural commissioner who deals with so many contradictions, daily. 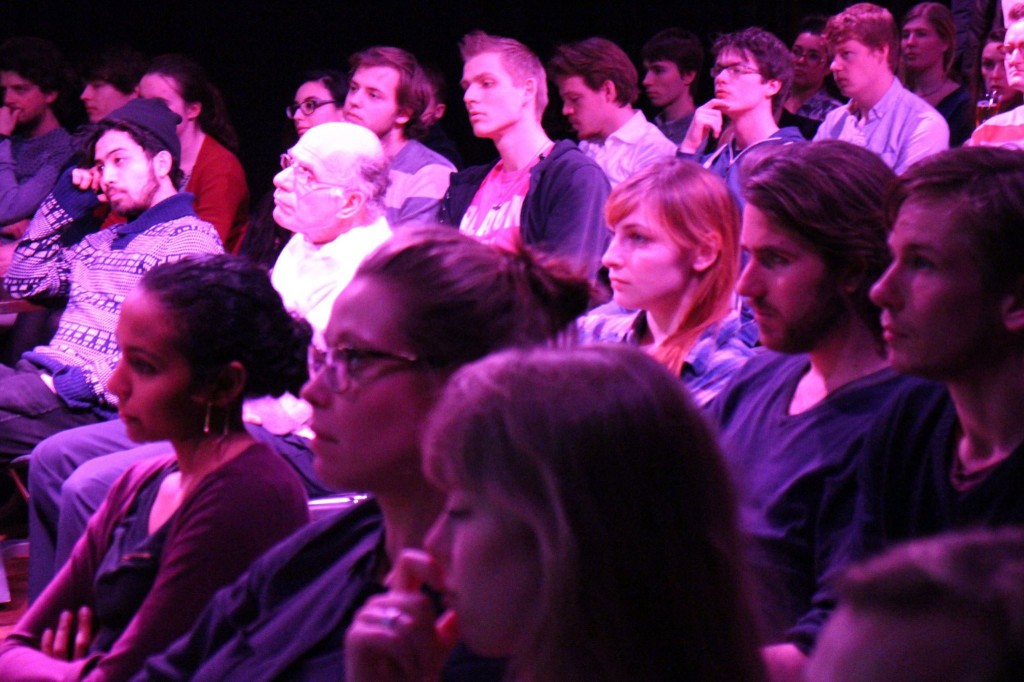 Now the other story:

Luckily, the hunger winter of ’44 -’45 is already 70 years behind us. However, there are still people in the world who are starving. According to the United Nations as much as 870 million people are starving, particularly in the southern continents: Asia, Africa and Latin America. That of course is still too many and poignant, but the reason for it is not that there is not enough food in the world. Namely, other things are cause of this, such as poor distribution, war, soil degradation, droughts or floods, logistics, land theft, unemployment, poverty and epidemics.

In the Netherlands, after the Second World War, it was a big challenge to overcome the hunger winter and to provide food, shelter and schooling to the baby boomers, who were born just after the war had ended. The baby boomers themselves were playing an important active role in this matter. From 1945 onwards, led by the Minister of Agriculture Dr. Sicco Mansholt, who was born in a farming family in the province of Groningen and later became a farmer himself in Wieringermeer, agriculture received a boost. Under his guidance the use of fertilizers and pesticides rose tremendously for the benefit of a secure crop. Almost everything seemed afforded in favour of a high agricultural production. In the first decades after the war environmental pollution was not subject to any discussion (…). (Braakman, 2011)

Known is “The Mansholt Plan”, which was accepted by the European Union in 1971. Scaling up became agricultural policy. Later, a battle in favour of intensification of agriculture and great advances in agricultural mechanization contributed to the self-sufficiency of Europe. At some point even grain -and butter surpluses arose. This caused incomes of farmers to fall and farmers rebelled as a consequence.

After his time as a minister, Mansholt, who for a long time was European commissioner of agriculture (he is considered the founder of the European agricultural policy), found that the ‘small farmers’ caused enormous overproduction. He considered that to be asocial, because the taxpayers had to pay for it, for European agriculture was subsidized. Later, he acknowledged mistakes in his policies and made efforts for the developing world and a fairer distribution between North and South. (Historical Newspaper, 2006)  (Buizer, 2014)

Sometimes, I hear from people that the European agricultural policy since the Second World War has been a great success. Why would you overturn that policy?

Can we not leave the European agricultural policy unchanged? Let’s see where this path may lead:

In 2013, for example, the EU initiated a dialogue with the US over a possible trans-Atlantic trade-and-investment-Partnership (TTIP), a free trade agreement between the European Union and the United States. The main aim would be to do something about tariff barriers to allow free international trade between Europe and the United States. According to the magazine “Boerderij’ the chances of the establishment of TTIP are at most fifty-fifty. (Bron, 2015) 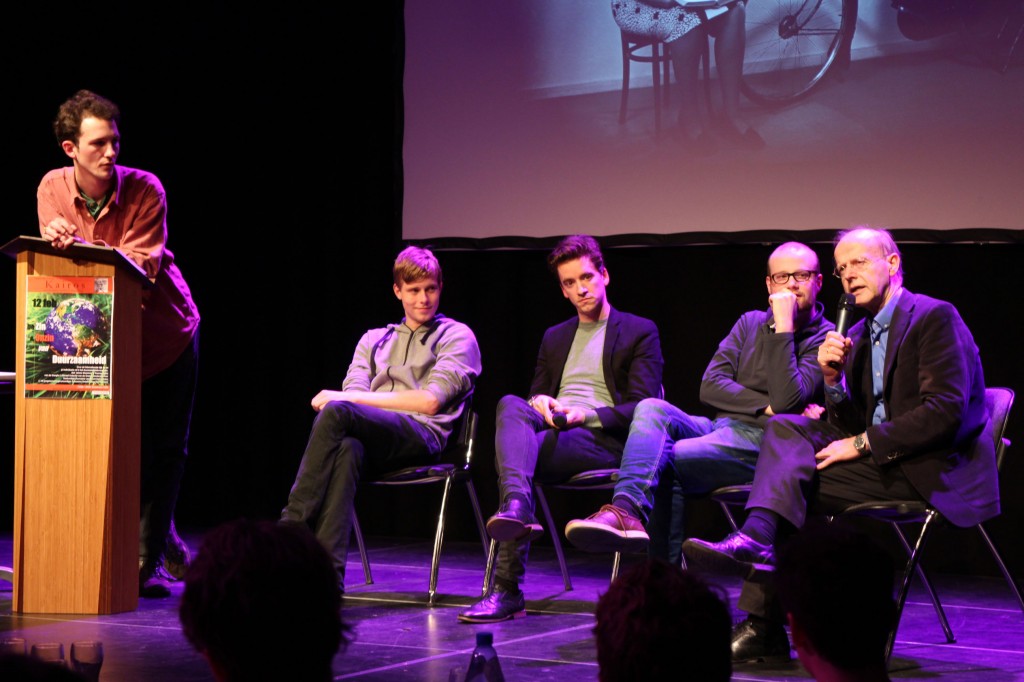 For our agriculture and food supply, which would be correct to work on sustainability, I see no added value in this free trade agreement. I also believe that problems will arise regarding transports of GMO products in the EU, of which by far the majority of countries will continue to prohibit GMO crops. Along the routes, the passage bears the risk of spreading seeds and pollen that are genetically contaminated. Also Switzerland (not an EU country) maintains such a ban. Still, in 2011 and 2012 planting were found there of GMO coleseed that grew along railroads and ports. (Schultze, Frauenknecht, Brodmann, and Bagutti, 2014)

TTIP would only increase the risk of GMO contamination. The US, but also the European Association of, amongst others, cereals, rice, feed and oilseeds (Coceral) and the European animal feed lobby, are discussing with the EU the possibility of the authorized GMO value of zero (or in practice, 0.1) to get a higher percentage. In the corridors even 5 percent is mentioned. GMO contamination thus could very well make organic farming impossible. Because GMO is not allowed in certified organic farming. For this reason alone, the government should reject TTIP. The Investor-State Dispute Settlement (ISDS), an arbitration between investor and state, must be rejected in any case. By means of this arbitration, companies can sue the government if it opposes their plans. Ultimately the taxpayer would pay because of this. Under pressure from Germany and Austria, presumably the ISDS will also be swept aside unless it can be substantiated that a new “model ISDS”, as the Americans call it, is fundamentally different from the earlier established ISDS mechanisms. (Bron, 2015)

We still are not sure whether GMO food is healthy. For never in the nearly 20 years that American GMO crops are grown, long-term research into the possible health effects of GMO foods has been done. That was impossible, for GMO food is not labelled there, making it difficult to trace the real sources of certain diseases and disorders. It is striking that during the past 20 years a huge increase in chronic diseases has been reported in the United States, including obesity and autism. (Swanson, Leu, Abrahamson, & Wallet, 2014)

A peer-reviewed study published in the scientific journal Entropy in April 2013, showed that the herbicide glyphosate (under the trade name Roundup, the most widely used herbicide in the world) that is sprayed extensively on GMO crops – the trick is that GMO crops are resistant to this chemical herbicide – can cause diseases and disorders, including obesity, autism, infertility, cancer, Parkinson’s and Alzheimer’s. (Samsel & Seneff, 2013)

In a part of Sri Lanka, where a lot of rice is grown by small rice farmers, a ban on the use of glyphosate has been established, due to the results of a peer-reviewed research that linked the frequent fatal chronic kidney disease epidemic of that region with the use of glyphosate. Glyphosate forms metal complexes in combination with hard water and ground water containing the toxic heavy metal arsenic. The kidneys cannot remove these because of bioaccumulation of metal complexes by glyphosate in the body. For example, this also occurs similarly in El Salvador. In 2014, even Brazil, one of the largest producers of glyphosate-tolerant genetically modified (GM) crops, has filed a lawsuit through federal prosecutors to ban glyphosate, along with eight other dangerous pesticides. (Sirinathsinghji, 2014)

The argument of agrochemical companies, that GMO crops lead to less use of pesticides in agriculture, is nonsense, as confirmed by a scientific study carried out in the United States in which the use of pesticides between 1996, the year of the introduction of glyphosate, to the year 2011 has been studied. In that 16 year period the overall use of pesticides has increased by as much as 183 million kilograms. (Benbrook, 2012)

So far, one of the biggest agrochemical companies in the United States, with tentacles that reach well inside the FDA (US Food and Drug Administration), has successfully stopped labelling of GMO food.

Benbrook, C. (2012, September 28). Impacts of genetically engineered crops on pesticide use in the US – the first sixteen years. Environmental Sciences Europe:  http://www.enveurope.com/content/24/1/24

FAO (2011). The State of the World’s Land and Water Resources for Food and Agriculture (SOLAW): http://www.fao.org/nr/solaw/solaw-home/en/

Swanson, N., Leu, A., Abrahamson, J., & Wallet, B. (2014). Genetically engineered crops, glyphosate and the deterioration of health in the United States of America. Journal of Organic Systems, 9 (2):
http://www.organic-systems.org/journal/92/JOS_Volume-9_Number-2_Nov_2014-Swanson-et-al.pdf